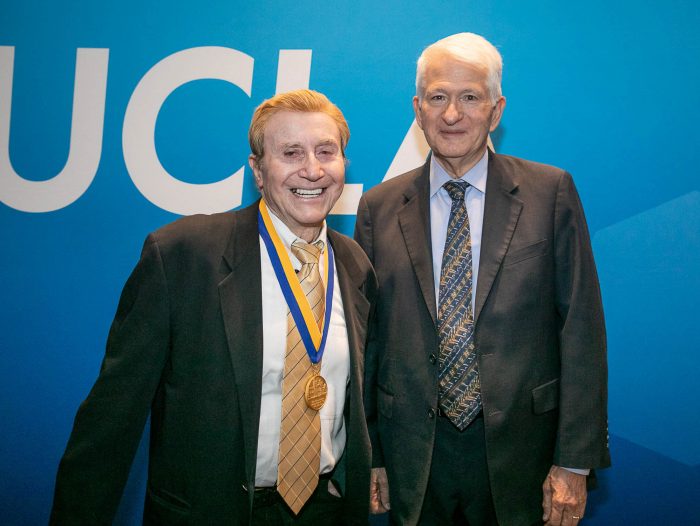 Since before the current cultural moment that gives currency to diverse points of view, acclaimed novelist, playwright and essayist John Rechy has been centering on themes that defend gay, Mexican American, African American and immigrant rights.

His best known work is his groundbreaking novel “City of Night.” Published in 1963, it is a first-person tour through Los Angeles, New York, San Francisco and New Orleans, by an anonymous young male hustler from El Paso, Texas, that redefined writing about the gay community.

In recognition of his influential, seven-decade career, Rechy received the UCLA Medal, the campus’s highest honor, on Thursday, Oct. 24.