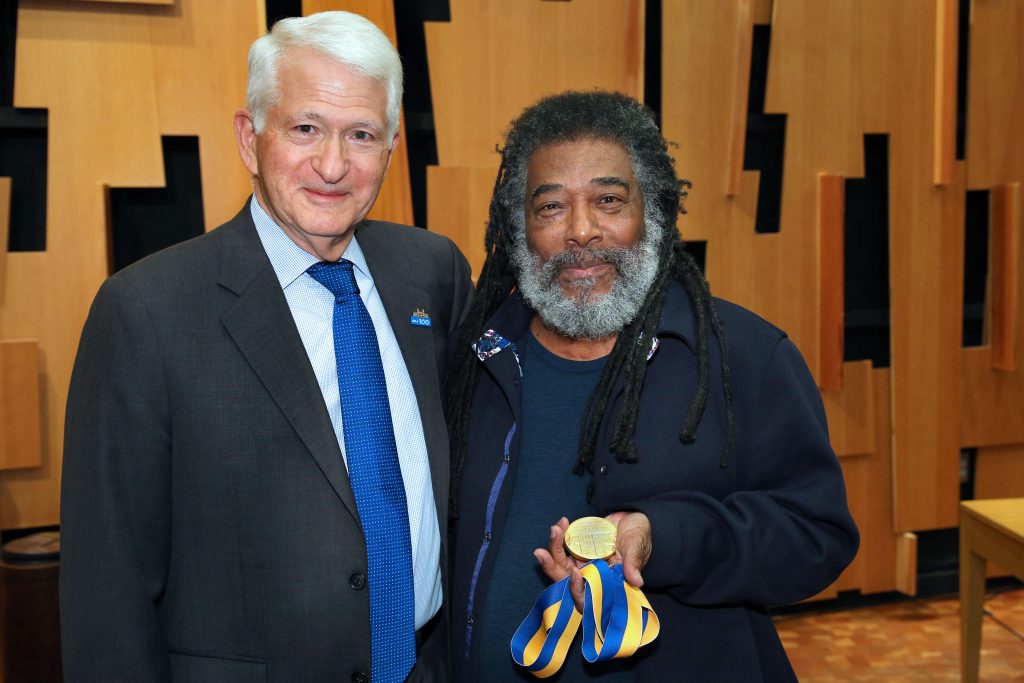 To pay tribute to a decades-long career as genre-defying composer, musician and artist with a commitment to breaking barriers, Wadada Leo Smith was presented with the UCLA Medal, the campus’s highest honor.

“There’s an oft-quoted saying that ‘writing about music is like dancing about architecture,’” said UCLA Chancellor Gene Block in remarks introducing Smith on Nov. 8. “If that’s true, then giving a speech about Wadada Leo Smith is like swimming about astronomy.

“When your work has been described as a ‘cosmology’ and a ‘spiritual meditation about creation in the grand intergalactic sense,’ then the simple words ‘musician’ and ‘composer’ somehow seem far too limiting,” Block continued. “Smith is a category-defying artist, both working within and transcending genres such as blues, jazz, experimental and classical.”