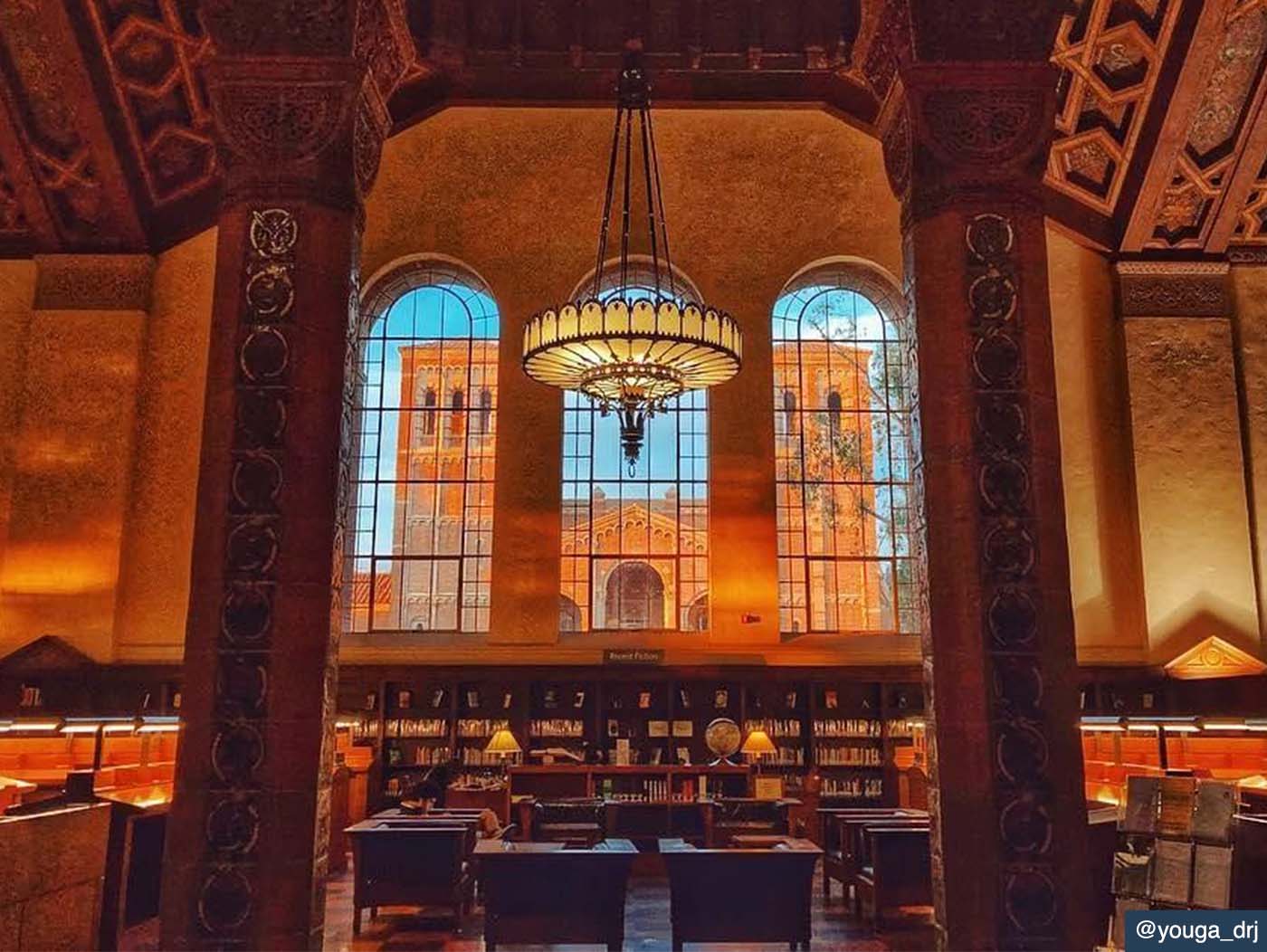 The start of this academic year marked a historic moment for UCLA, as twice as many students as usual began their relationships with our campus and many Bruins returned after 18 months away. Spending the afternoon on the first day of classes greeting students out on Bruin Plaza was, for me, a powerful reminder of the strength of our community and the power of togetherness — especially after so many months of isolation.

While we continue to navigate the twists and turns of the ever-changing pandemic landscape, I am deeply optimistic about the year ahead. Our campus vaccination rates continue to climb, and we have effective protocols in place to protect student, staff and faculty health and well-being.

We also have much to celebrate, including two new residence halls, the launch of our Black Bruin Resource Center and our latest record-breaking research awards. 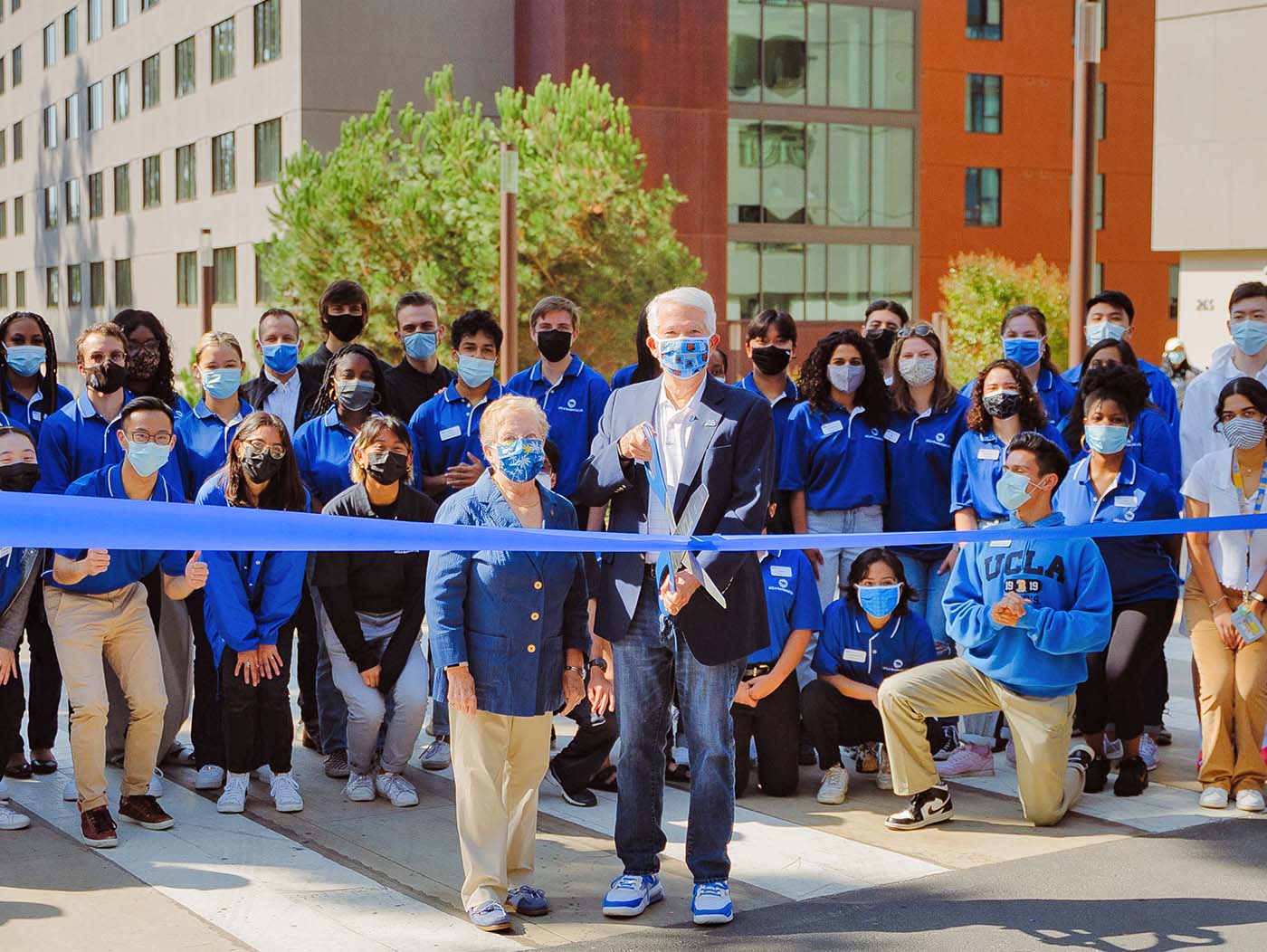 For UCLA students to take advantage of everything the university has to offer, they must have access to high-quality, affordable housing on or near campus. This principle underlies our aim to offer four years of campus-owned housing to any first-year student who wants it, and two years of housing to any transfer student who wants it — a goal we are closer than ever to reaching thanks to the recent opening of Centennial Hall and Olympic Hall.

The two nine-story buildings, which we inaugurated on September 19, add 1,800 new beds for UCLA undergraduates. Located on the western slope of the Hill in the northwest corner of campus, the halls were designed to be an extension of the verdant area around them. The interiors of the halls follow a nature theme, and the names of floors — Understory, Canopy, Emergent — reference parts of a forest.

One of the most exciting elements of these new residence halls, to me, is the incorporation of an accessible, free-to-use “maker space” into Olympic Hall. Maker spaces are collaborative, hands-on labs where students can deepen their skills in design, engineering and construction. Full of state-of-the-art equipment like laser cutters, 3D printers and fabrication tools, maker spaces like the one in Olympic Hall are breeding grounds for inventors and entrepreneurs. They’re also fantastic places simply for playful tinkering, allowing students to explore their creativity and self-expression.

The two new residence halls’ names are a nod to UCLA’s past and its future. Olympic Hall references the campus’s role in the 1984 Olympics and looks ahead to the 2028 Olympics — in which UCLA will host the Olympic and Paralympic Village. Centennial Hall, for its part, broke ground in 2019, the year marking the 100th anniversary of UCLA’s founding.

Even just 35 years ago, UCLA was largely a commuter school, with only 12 percent of students living on campus and only 32 percent living within a mile of it. Today, with nearly half of our students in campus housing and many more in greater Westwood, UCLA is a thriving residential community in which students of all backgrounds, interests and academic pursuits live and intermingle. With additional construction in the works, we anticipate being able to offer UCLA housing to every student who desires it as soon as fall of 2022; I can’t wait to share our amazing and dynamic living environment with even more Bruins. 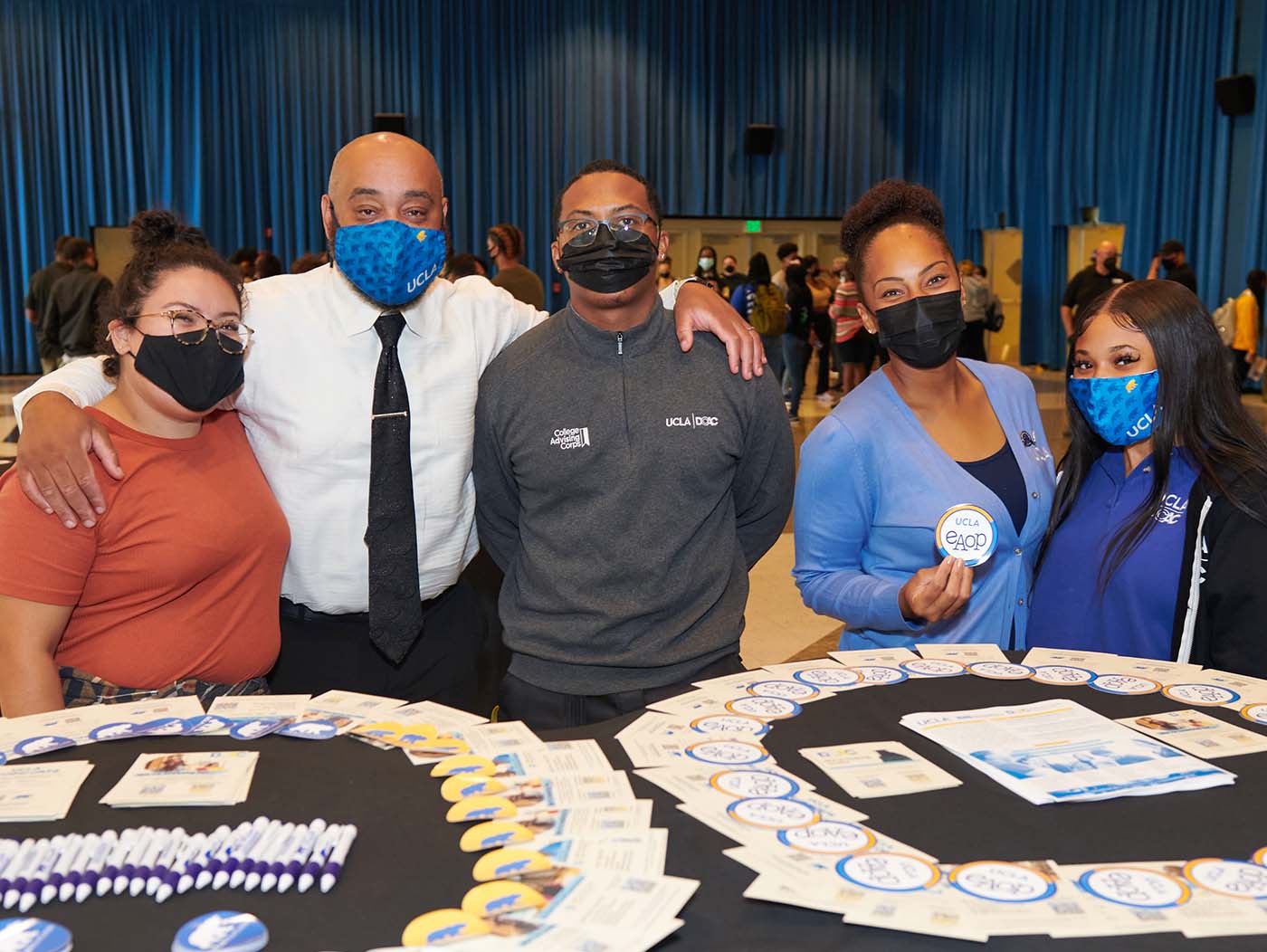 After years of advocacy by student leaders and hard work from Student Affairs staff — and following a virtual launch in spring of 2020 — UCLA celebrated the grand opening of the Black Bruin Resource Center (BBRC) in its new space in Kerckhoff Hall on September 27.

The 1,500 square-foot center has spaces for meetings and community programs, studying and socializing. Programming will largely focus on the needs of undergraduate, graduate and professional students, but the center will also be a vital hub for staff, faculty, alumni and community members seeking to understand and celebrate the Black and African diaspora in all its diversity.

The work of launching the BBRC has largely been led by its Interim Program Director Amanda Finzi-Smith. Finzi-Smith has collaborated with UCLA students on everything from designing the center’s physical layout to developing programming and creating by-laws. Ongoing student-staff partnership will continue to ensure the BBRC is serving the needs of the student body.

In fact, collaboration has been core to the BBRC since the beginning. While providing online programming this past spring, the BBRC partnered with departments across campus including the RISE Center, Life Sciences department, Athletics, Residential Life, Recreation, Fraternity and Sorority Life, and student groups such as the Afrikan Student Union, Black Graduate Student Association, Black Student-Athlete Association and National Panhellenic Council. Virtual programming ranged from light-hearted social events like game nights to weighty discussions on topics like sexual assault awareness.

Partnership between Bruins even extended to the physical design of the BBRC: the center solicited submissions from students, staff and alumni for a mural design competition. More than 400 votes were cast and the winning design, created by a student, is now on display.

The Black Bruin Resource Center will be a wonderful addition to the UCLA campus. I am so grateful to all the students and staff who did so much to turn this idea into a reality. 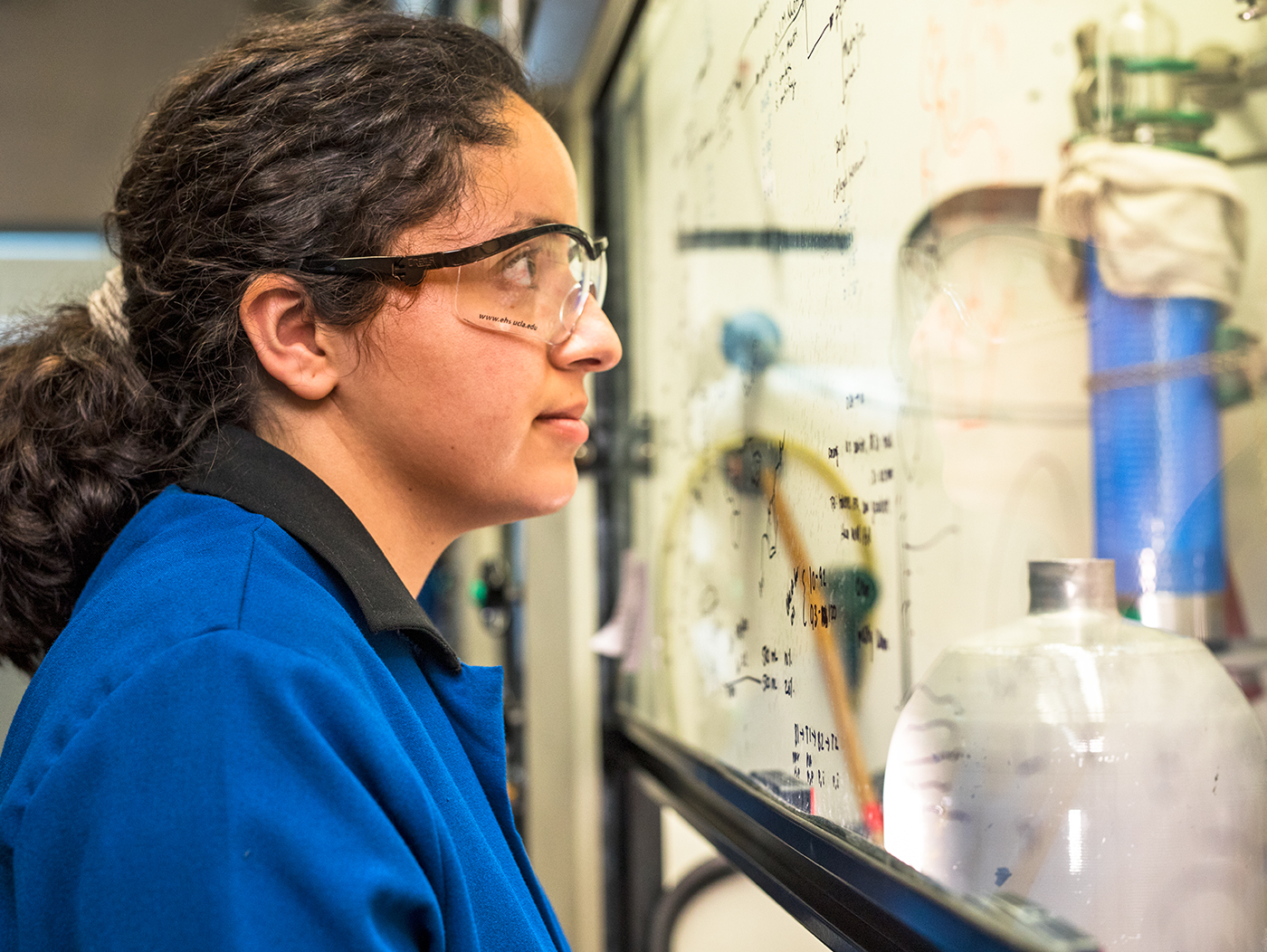 Once again, UCLA has smashed the previous year’s campus record in generating new funding for transformative research. The $1.6 billion in research awards that UCLA received in the 2020–21 fiscal year — an increase of 13% over 2019–20 that involved more than 7,000 award transactions — is the eighth year in a row that research funding has increased.

UCLA faculty, staff, students and scholars continued to push their important work forward despite a difficult, uncertain year that even saw a pause in research due to the pandemic. This latest record is a testament to the resilience of our research enterprise, the significance of our projects and the deep dedication of all who work diligently to help us reach new heights year after year.

The largest research award was for nearly $44 million from the National Institutes of Health and National Institute of Allergy and Infectious Diseases for UCLA’s AIDS Clinical Trials Group (ACTG) Leadership and Operations Center. Led by UCLA’s Dr. Judith Currier, professor of medicine and division chief for infectious diseases, this project was a phase three study of a SARS-CoV-2 vaccine at ACTG clinical sites around the world.

The largest public service award was a $20 million contract from the State of California for a campaign led by Drs. Keith Norris and Arleen Brown, professors of medicine in the UCLA Division of General Internal Medicine and Health Services Research — in partnership with the UCLA Clinical and Translational Institute — to encourage communities that have been affected disproportionately by COVID-19 to get vaccinated. This includes hardly reached and underserved populations, communities of color and communities with high vaccine hesitancy rates.

The third largest award was $14.8 million from the U.S. Department of Energy for the Clean Energy Smart Manufacturing Innovation Institute, led by Vice Provost Jim Davis, which aims to enhance American manufacturing productivity and global competitiveness.

These are just a few examples of some of the critical, life-changing research coming out of UCLA every day. As we begin a new academic year, let’s keep up the momentum into 2022 and beyond.